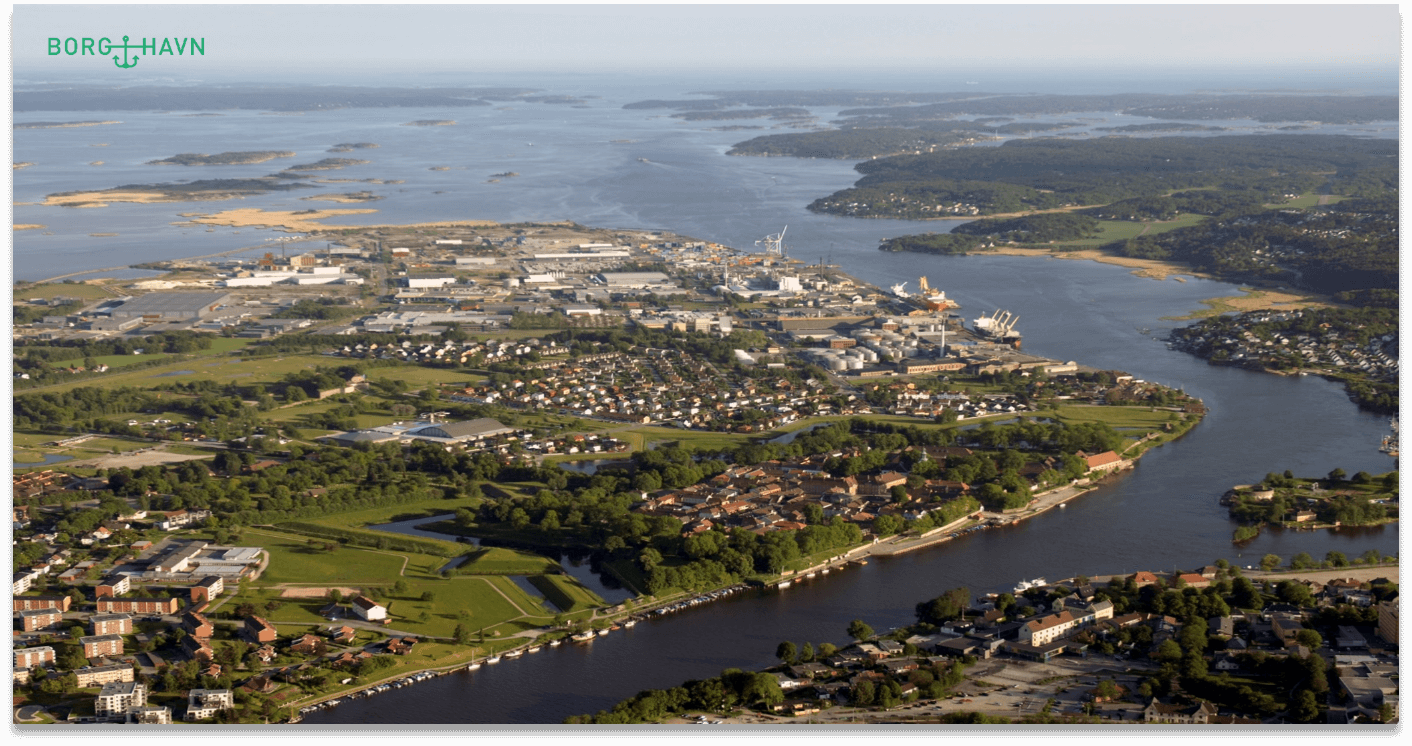 As one of three pilots in the EU Horizon 2020 E-LAND project, Port of Borg in Southern Norway aims to develop into an energy hub, providing energy and services to land and sea transport.

“With tools developed within the E-LAND project, Port of Borg’s ambition is to optimize the use of solar electricity, batteries, EV charging and minimize the cost of electricity and district heat from the external grid,” explains Pål Erling Johnsen, technical manager at Port of Borg.

Like in many other ports, the main energy consumption by Port of Borg itself is relatively small, and mainly related to logistics. This energy is easily dwarfed by energy use from ships at quay and heavy vehicles moving the goods locally, and to and from its destination.

The piloting activities at Port of Borg is intended to ease later scaling, for instance using results from controlling EV charging to be able to efficiently charge heavy vehicles used for land transport and handling.

“As a pilot in E-LAND the focus is the existing loads at Port of Borg itself, where usage of electricity by cranes, harbour lights and cooling/freezer containers dominate. These loads are not easily shifted, and the cost of energy is small relative to the revenue from the services that use these assets. Thus, it is important at Port of Borg to be able to shift the loads using stored electricity from batteries,” says Johnsen.

With funding from the EU through the E-LAND project, Port of Borg has invested in a battery system that will be used as a key component in the piloting activities at Port of Borg. The battery system will be controlled by tools developed in the project, like the “Energy forecaster” and the “Optimal scheduler”. The battery is planned to be charged in periods with low electricity usage at the port, and to reduce power peaks in periods with high usage.

“Another use is to store cheap energy and use when the cost is high. For this, energy produced by Port of Borg’s solar panels may be supplemented by energy purchased at low prices,” notes Johnsen (to the right).

The battery system uses power converters and control system from the Norwegian start-up company Pixii. Port of Borg will make the battery controllable for E-LAND, allow for development and test different strategies developed during the piloting phase of the project.

Investment for the future

“Even at 195 kWh and 90 kW power, the battery will be a crucial part of testing of EV charging to prepare Port of Borg for faster electrification of heavy vehicles,” the technical manager explains.

The EV chargers at Port of Borg have a combined power of some tens of kWs and put no real strain on the energy system.

“With several chargers for heavy vehicles, this power may increase to the MW region. When that happens, it will be good to be able to control them, and to add power from stored energy when needed,” concludes Johnsen.