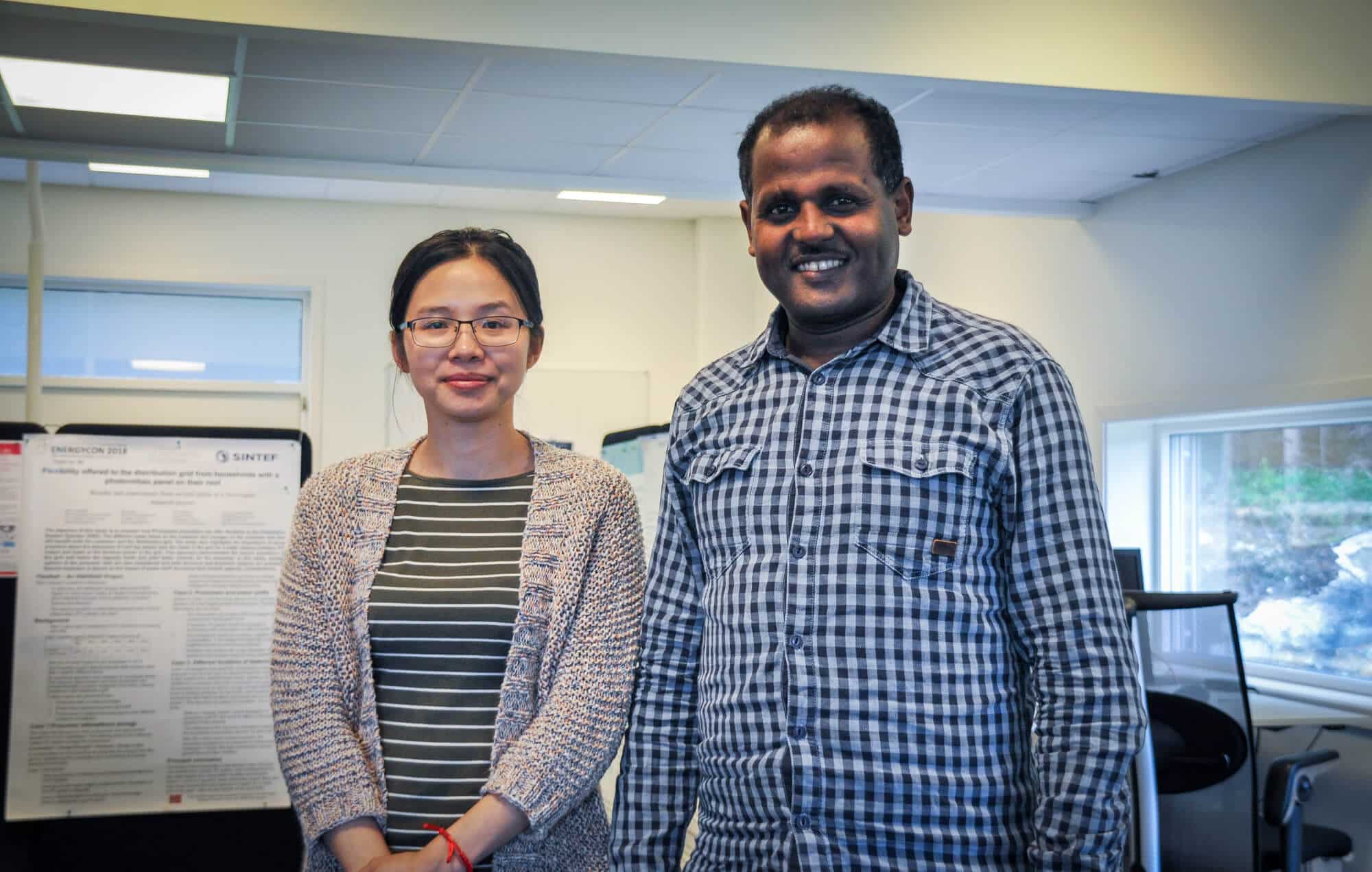 Xiaomei and Alemu have joined our research team:

During the summer months, Smart Innovation Norway has been enriched with two new senior researchers, both with highly relevant PhD’s and both with backgrounds from NTNU in Trondheim.

Originally from Ethiopia, Belay has degrees from both his home country (Master) and Finland (PhD). Before coming to Halden and Smart Innovation Norway, he worked as a postdoctoral researcher at the Norwegian University of Science and Technology (NTNU) in Trondheim.

“My background is industrial engineering and I have been involved in several national projects, both in Norway and Finland. My research interest has been in the multidisciplinary area, which combines technology, business and economics, and that is what motivated me to join Smart Innovation Norway,” explains Belay.

He first heard about the company while working with different projects and EU workshops at NTNU, where he also met Smart Innovation Norway’s Senior International Project Manager, Qazi Sohail Ahmad.

“I learned that the company had great success with EU project proposals and did exciting things, as well as having flexibility and a dynamic team,” notes Belay.

He started in his new job on July 29th, and during his first week he was introduced to the company’s many projects and activities. Belay’s main responsibilities will be within the EU projects RESOLVD and E-LAND, plus on preparing research proposals.

A few weeks before the summer, another senior researcher joined Smart Innovation Norway’s Research & Innovation team. Her name is Xiaomei Cheng and her expertise is on Energy Economy.

“After I got my bachelor’s and master’s degree in China, I came directly to the Norwegian School of Economics (Handelshøyskolen BI) in Bergen, where I got my PhD. I was there for four years, before moving to Trondheim for my postdoc,” explains Cheng.

“My postdoctoral research is on grid optimization models and flexibility for the local market. So, I sent an application to come and work here, and now I am,” says Cheng.

She will be working on the projects CINELDI, E-REGIO and INVADE, and has already initiated a new collaboration project between Chinese and Norwegian partners.

Cheng believes her background and experience, as well as contacts in Norway and China, will help her contribute to Smart Innovation Norway’s work as an international actor in the fields of renewable energy and information technology.

“I can write strong deliverable reports, thanks to my years as a researcher, and I can also do a good job writing proposals for EU projects. In addition, I have some connections at NTNU and in China, which will hopefully lead to closer collaboration with China.”